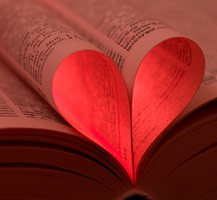 Hi everyone!  I thought that since you all have heard so much about my own personal goals and favorite reads of 2012, it was about time that you heard from the rest of the staff.  I’ve asked them to send me their top reads of 2012, and I’ve posted them below.  I think it’s interesting to see what different readers choose as their favorites, and it’s always a great springboard for opening a discussion too!  So, without further adieu, here’s the Reflections of a Book Addict staff favorites of 2012!

What do you think?  Leave us a comment below! 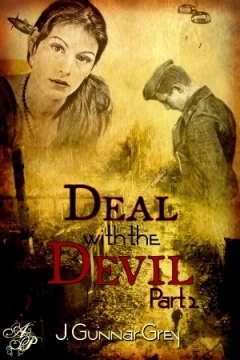 A few months ago I had the pleasure of reading Deal With The Devil Part I by J. Gunnar Grey. (My review is here)  I became quickly enveloped in the story and was desperate to read part II after the cliffhanger ending in part I.  Life intervened unfortunately, and it wasn’t until recently that I was able to read part II and finally find out what happened to Major Faust, Major Stoner, Jennifer, and the rest of the cast!  (As a side note: the book is being sold as one novel now, so you won’t have to wait on pins and needles like I did to find out what happened!)  In part 2 there are even more twists and turns making for an even more epic conclusion to this tale of allegiance and backstabbing.

Leaving off directly where the first book ends, the story picks up with Major Faust, a German officer, and Major Stoner, a retired British officer, still at odds with each other and unsure of where the other truly stands. There is one thing Major Faust is sure of, however, and that is his growing feelings for Jennifer, Major Stoner’s granddaughter. Through the course of the novel their relationship grows, but at what cost? There are still some questions of motive on both sides, and some uncertainty between all of the parties involved. Through all this is a carefully crafted mystery that leaves the reader wanting more.

I really enjoyed part two almost as much as part one. The story picked up right from the start and I couldn’t stop reading (a real amazement if you know me). I was interested to see how the characters’ stories would end and couldn’t put the book down. I thought J. Gunnar Grey was really good at was not only developing the characters and making them interesting for the reader, but also making the setting seem more accessible. By writing lots of little details about the setting, I felt more like a fly on a wall rather than a reader. Grey makes the story come to life and makes the action jump right off the page. At times I felt like I could see pictures of the scenes; I had such a vision of the characters and of the setting  because I knew all the small little details.  I was able to enjoy the story that much more because of my ability to visualize the action.

One small note I have, and this is all my fault due to the fact that I read part 1 and part 2 so far apart, is that the two pieces are just a continuation of one another.  I read them five months apart, and I found myself constantly going back and forth from the first one, (which I smartly saved) and the second one to remind myself of the characters and of their background. One day soon, I will read this all as one novel and I think it would help me understand the flow of the story more. This comment has nothing to do with the writing style of the author, but because of my own stupidity to read them far apart and not closer together.

All and all I enjoyed reading the conclusion to J. Gunnar Grey’s story Deal with the Devil. I look forward to re-reading it as one full novel in the near future because I think by doing that will only enhance the story and allow me to enjoy it better. Still I have to give it a perfect score because a good story is a good story regardless of your own mistakes.

Special thanks to Astraea Press for my review copy!

Graduating from college with a degree in history is I guess the most obvious way to tell that I enjoy history.  To say you enjoy history offers a pretty broad spectrum of things to like.  The World War II period has always been my favorite period to study/read/learn about which was one of the reasons I jumped at the chance to review Deal with the Devil.  Written by J. Gunnar Grey, it details espionage, loyalties, and the difference between right and wrong in Europe in World War II. While reading this novel, the reader’s eyes are opened to question of doing what is perceived to be right versus what is actually the right thing to do.

Major Faust is a high-ranking officer in the German army during the start of World War II. After spending some time in England while achieving his college degree from Oxford, Faust found that he liked Britain as well. He tended to believe in British ideology more than the propaganda of Nazi Germany. After allowing some British soldiers to escape from German control, a friend gets Major Faust drunk and throws him over into England near Oxford. There he is captured by Major Stone, a retired general of the British army and his granddaughter Jennifer, whom Faust has an immediate connection with. He must not crack under interrogation as he was one of the architects of a detailed plan to invade England drafted by the German army. He attempts to escape, but during his attempt a local woman is brutally murdered, and he is captured again and made the lead suspect. Thrown into this classic whodunit is a story of loyalty, with twist and turns around every corner.

I will admit, I did not like the book the first three times I attempted to read it. I would read 20 pages and then it would slow down and I couldn’t get myself past that hump, only to give up and start again a week later. However, on my fourth and final attempt I got past the hump and am I glad I did. I couldn’t put my iPad down and couldn’t wait to flick (iPad turning) the page. I kept finding myself gasping at the twist and turns  set in the backdrop of World War II England. Similar to Dan Brown creating mysteries with religious material and legends as a base, J. Gunnar Grey was able to create an excellent mystery with a fantastic historical background.

I was completely blown away with the amount of research Grey put into the book. I kept learning about new facts and was constantly double checking to see if these were actual events and places that were described in the book. It probably took me twice as long to read the book because I kept doing that, but it made for a fuller reading experience. Not only was I reading a mystery, which was the first mystery I truly enjoyed since Angels and Demons, but I was also learning more about a subject I love.

All and all, I think this reading experience goes to show that you shouldn’t judge a book by the first 20 pages. Even though the beginning may be slower, eventually you will get to an exciting part. My only complaint was that I only read part one of this two-part series, because this first part ends with a huge cliff hanger, I need to get my hands in part two ASAP, so I can continue this great story!

Special thanks to Astraea Press for my review copy!

This work is licensed under a Creative Commons Attribution-ShareAlike 3.0 Unported License.
Join 38,907 other followers
Follow Reflections of a Book Addict on WordPress.com