In the grand scheme of literary history, the young adult genre is relatively new. When I was a young reader, there was no genre aimed at young adults. Adolescents moved to “adult” literary genres relatively quickly. Now, there is a rich and diverse world of books for not only young adults, but anyone who wants to see what this great genre has to offer. I’ve fallen in love with tons of young adult books, as you may have surmised if you’ve read my review of Fangirl. See below to check out how you can win one of the two awesome packages we have up for grabs this time. 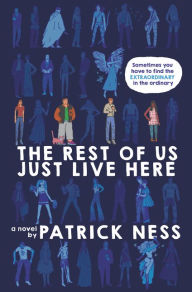 The Rest of Us Just Live Here by Patrick Ness – What if you aren’t the Chosen One?

The one who’s supposed to fight the zombies, or the soul-eating ghosts, or whatever the heck this new thing is, with the blue lights and the death?

What if you’re like Mikey? Who just wants to graduate and go to prom and maybe finally work up the courage to ask Henna out before someone goes and blows up the high school. Again.

Because sometimes there are problems bigger than this week’s end of the world, and sometimes you just have to find the extraordinary in your ordinary life.

Even if your best friend is worshipped by mountain lions.

Award-winning writer Patrick Ness’s bold and irreverent novel powerfully reminds us that there are many different types of remarkable. 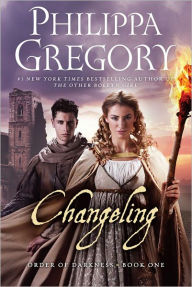 Changeling by Philippa Gregory – Italy, 1453. Seventeen-year-old Luca Vero is brilliant, gorgeous—and accused of heresy. Cast out of his religious order for using the new science to question old superstitious beliefs, Luca is recruited into a secret sect: The Order of the Dragon, commissioned by Pope Nicholas V to investigate evil and danger in its many forms, and strange occurrences across Europe, in this year—the end of days.

Isolde is a seventeen-year-old girl shut up in a nunnery so she can’t inherit any of her father’s estate. As the nuns walk in their sleep and see strange visions, Isolde is accused of witchcraft—and Luca is sent to investigate her, but finds himself plotting her escape.

Despite their vows, despite themselves, love grows between Luca and Isolde as they travel across Europe with their faithful companions, Freize and Ishraq. The four young people encounter werewolves, alchemists, witches, and death-dancers as they head toward a real-life historical figure who holds the boundaries of Christendom and the secrets of the Order of the Dragon. 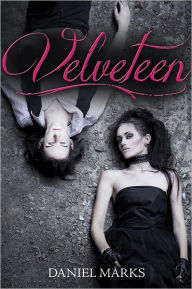 Velveteen by Daniel Marks – Velveteen Monroe is dead. At 16, she was kidnapped and murdered by a madman named Bonesaw. But that’s not the problem.

The problem is she landed in purgatory. And while it’s not a fiery inferno, it’s certainly no heaven. It’s gray, ashen, and crumbling more and more by the day, and everyone has a job to do. Which doesn’t leave Velveteen much time to do anything about what’s really on her mind.

Velveteen aches to deliver the bloody punishment her killer deserves. And she’s figured out just how to do it. She’ll haunt him for the rest of his days.

It’ll be brutal… and awesome.

But crossing the divide between the living and the dead has devastating consequences. Velveteen’s obsessive haunting cracks the foundations of purgatory and jeopardizes her very soul. A risk she’s willing to take—except fate has just given her reason to stick around: an unreasonably hot and completely off-limits coworker.

Velveteen can’t help herself when it comes to breaking rules… or getting revenge. And she just might be angry enough to take everyone down with her. 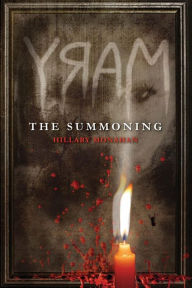 Mary: The Summoning by Hillary Monahan – There is a right way and a wrong way to summon her.

Jess had done the research. Success requires precision: a dark room, a mirror, a candle, salt, and four teenage girls. Each of them–Jess, Shauna, Kitty, and Anna–must link hands, follow the rules . . . and never let go.

A thrilling fear spins around the room the first time Jess calls her name: “Bloody Mary. Bloody Mary. BLOODY MARY.” A ripple of terror follows when a shadowy silhouette emerges through the fog, a specter trapped behind the mirror.

Once is not enough, though–at least not for Jess. Mary is called again. And again. But when their summoning circle is broken, Bloody Mary slips through the glass with a taste for revenge on her lips. As the girls struggle to escape Mary’s wrath, loyalties are questioned, friendships are torn apart, and lives are forever altered.

A haunting trail of clues leads Shauna on a desperate search to uncover the legacy of Mary Worth. What she finds will change everything, but will it be enough to stop Mary–and Jess–before it’s too late?

Giveaway Instructions – (Special thanks to Hyperion, Delacorte, and Harper Collins for our giveaway copies!)

Two lucky winners will have the opportunity to win ONE of the two packages listed above! For your chance to win simply leave a comment below about a Young Adult author you enjoy and would recommend to others.  Comments will be accepted through midnight on Thursday, December 31, 2015.  The winner will be picked at random and announced on Friday, January 1, 2016.  Open to US residents only. Good luck!