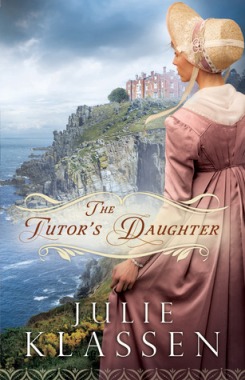 As you may or may not know, I’m a huge Julie Klassen fan.  So far, I’ve reviewed The Silent Governess, The Apothecary’s Daughter, The Maid of Fairbourne Hall,  and last but not least, The Girl in the Gatehouse .  So, as you can see, I’m just slightly into her books.  When I heard she was coming out with a new book, The Tutor’s Daughter, can you guess how I acted? (I do admit, the previous four reviews may be a bit of a giveaway.)

Emma Smallwood, the daughter of a widowed father who ran a now-defunct academy, decides to cheer her father up by agreeing to travel with him to the Cornwall coast.  There, he is charged with instructing two sons of a baronet in their large manor home atop the cliffs.  At first, everything goes according to plan and Emma enjoys being in their new surroundings at the grand estate.  However, things soon begin to change and Emma begins to experience strange occurrences.  She hears the pianoforte playing in another room, only to find that no one is there.  She begins to receive strange notes, and discovers a toy soldier in her room on the floor, even though none of the boys is young enough to play with toy soldiers anymore.  Most chillingly, she finds a bloody hand print on her mirror!  Meanwhile, the baronet’s two older sons, Henry and Phillip, both have secrets of their own, and they struggle to hide them from Emma.  Both have known her since her childhood as they were former pupils at her father’s academy, and one seems to have found a new attraction to her.  Can Emma find out who is behind these chilling pranks?  What will she make of her new love interest?

I’m always impressed with Klassen’s ability to pay homage to classic literature with her novels while also creating unique and fascinating characters in her own right.  The Tutor’s Daughter is definitely an homage to Jane Eyre, Northanger Abbey, and Pride and Prejudice.  Now that’s not to say that those are the only three books that have inspired her work, but the influence that these books had on Klassen is abundantly obvious in this work.  Emma herself is a blend of Jane Eyre and Catherine Morland, with a bit of Lizzie and Darcy mixed in.  She has the seriousness of Jane, the naive and adventurous spirit of Catherine, and a bit of the close-minded attitude that Darcy and Elizabeth have when forming first impressions about people.  It’s not only Emma that bears resemblance to characters of classic literature.  Her father is a bit like Mr. Bennet, Henry is a hybrid between Darcy and Mr. Tilney, and the list goes on and on.  She weaves characters, themes, and tidbits of plot from some of my favorite novels all while making it feel fresh and new.

I literally could not get enough of this book while I was reading it.  The book starts out at a normal pace, and before you realize it, things are happening rather rapidly.  Pieces of a puzzle that you didn’t even know existed begin coming together, and you’re left with a tale of intrigue, shipwrecks, smuggling, adventure, and how far the boundaries of love and family can be pushed and tested.  Of all of Klassen’s works so far, The Tudor’s Daughter feels like her masterpiece.  As much as I’ve loved all of her other books, this one truly shines on a pedestal all by itself.  The writing is crisp, clear, and absolutely mesmerizing, taking the reader to Cornwall and to Ebbington Manor itself.  This is definitely not a work to miss, and for those of you looking to be transported to a world full of rich characters, suspense, and an epic storyline, this is your book.

This is my seventh completed review for the Historical Fiction Challenge 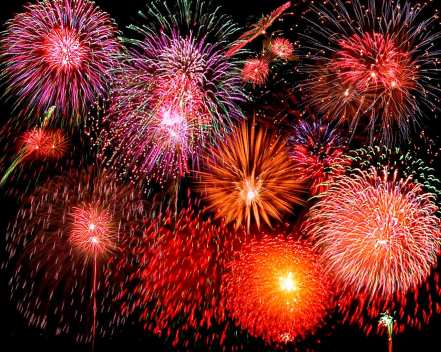 It is with GREAT pleasure that I announce I’ve succeeded in completing my goal of reading 100 books this year!  I’m a bit behind on posting my reviews, but I promise you within the next week I’ll complete them and get on track for the new year! Since I’ve completed my goal of 100 for the year I’ve thought about increasing my goal for 2012 and am thinking of upping the goal to 110.  I’ll post my definite plans tomorrow in my kick-off post, similar to what I did last year.

2011 has been a pretty amazing year of reading for me.  Looking back I’ve read some fascinating memoirs, heartbreaking fiction, and  suspenseful mysteries among other things.  My top ten for the year with links to their reviews are as follows:

It was SO difficult to come up with a top ten for the year; I have to pat myself on the back for choosing such a wide array of excellent reads.  I do hope that you’ll tell me what you’ve enjoyed reading this year! There is no better recommendation to read a book than a recommendation from a fellow reader!

In terms of the challenges I signed up for this past year I completed the Historical Fiction Challenge and the Page to Screen Challenge with flying colors.  The Chunkster Challenge continues through January 31, 2012 so I still have a month to finish my last two “mega-chunkster” books.  My Austen challenges I did not do so well on.  I only completed 2 of the Jane Austen mystery novels, and completed 50% of the Sense and Sensibility Challenge.  I’m disappointed that I did so terribly on them, but I guess the light at the end of the tunnel is that I still completed my 100!  I’ve already begun to sign up for 2012 challenges, so make sure you head over to my challenge page to track my progress.

I hope that you will all enjoy the holiday today, checking back in tomorrow to join me on my journey of reading in 2012.

The Silent Governess fell in my lap as the next novel to read in my 100 book challenge after some heavy Nook book browsing.  At the time of purchase it was the #1 trending Nook Book on Barnes and Noble, therefore forcing me to pay attention to it.  As I started reading the synopsis, it sounded like a mysterious historical fiction novel (if you’ve been reading my blog for a while you know I’m a sucker for these kinds of books).  With my next book chosen, I grabbed a blanket, my nook, and some hot cocoa and started this fascinating read.
Under mysterious circumstances, Olivia Keene is forced to run from her home, as she fears that she has just killed her father in a valiant effort to save her mother’s life.  Fearing she will never see her family again, Olivia runs haphazardly away, eventually stumbling upon a grand estate named Brightwell Court, where a large party is being held.  She unknowingly overhears a conversation between Edward, more formally known as Lord Bradley, and his father, Lord Brightwell, debating Edward’s birth parents.  Finding Olivia and fearing that she is a thief, she is thrown into jail for trespassing, where she is subsequently strangled by a fellow prisoner.  So severe are her injuries that she is literally unable to speak after she is rescued.  Edward fears her inability to speak is a ruse, and forces her to take a position as a governess in his home so that he can keep an eye on her, making sure his secret is never revealed.  Will Olivia ever regain her speech?  What secrets are Olivia, Lord Brightwell, and Edward all holding, and how will their lives intersect?
After completing this novel, it’s no wonder that this was a top trending Nook book!  It’s exquisitely written, with detailed storylines for each character, as well as secrets embedded within the plot layers that come to life when you least expect them.  I loved the cast of characters, especially at the end of the novel, when the true villains are revealed (they’re not at all who I expected!)  That was just one of the surprises I encountered in Klassen’s work.  Her ability to keep the reader on their toes throughout the novel is admirable, and I never felt any lag in the plot.  The relationship between Olivia and Edward is quite complex, and it really drew me in to their story.  Just when you think everything is going to work out for the best, their plans are foiled and they must regroup and work again towards a happy ending.  I liked that Klassen didn’t make it easy for these characters to have happy endings.  They had to go through trials and tribulations to change certain characteristics about themselves in order to succeed in the end.  Olivia is one of my favorite heroines that I’ve read recently; she is strong-willed and doesn’t let the fact that she’s a woman or “governess” hold her back from her wants, needs and goals.  Edward, on the other hand, is dealt terrible blow after terrible blow and it unfortunately changes the type of person that he is.  With help from the right people, however, he is able to come around, mature, and become a man fitting his title and position.
I love finding books that I previously know nothing about, that impress me to the point at which I want to read everything else that the author has written.  Upon completion of The Silent Governess, I immediately needed to add all of Julie Klassen’s other novels to my to-read list.  Her plot was creative, characters fascinating, and her writing was absolutely sublime.  She’s definitely now become one of my top five favorite historical fiction writers.  I do hope you’ll give her novels a chance to impress you as much as they’ve impressed me.
5 out of 5 Stars
This is my thirty-fourth completed review for the Historical Fiction Challenge
The Silent Governess by Julie Klassen
Bethany House Publishing (2010)
Paperback 448 pages
ISBN: 9780764207075