It’s totally cliché, but where the hell has this year gone? With today being the very last day of 2013 I figured I’d do a quick “Year in Review” post to talk about my progress with reading challenges and also to discuss my favorite books of the year!

Quick rundown on how I did with my reading challenges: I successfully read 120 books this year. In fact, as of the time of writing this post I am at 199 books for the year! (WOOT!) You can see all the books I’ve read with links to their reviews here. Now, a bit of bad news. I utterly failed (for the second year in a row) the audio book challenge. I didn’t listen to 1 audio book this year (read: pathetic.) I also didn’t do so great with the Book to Movie challenge either, with only 2 out of 12 read. Now, to the good news: I completed 78% of the Color Coded Challenge, or 7 out of 9 reads. I actually had a blast doing this challenge. You don’t realize how many books use colors in their titles until you do a challenge like this! Additionally, I unsurprisingly completed the Historical Fiction Challenge as well as the Pride and Prejudice Bicentenary challenge with no trouble at all.

And now for the difficult part: Picking my favorite reads of 2013.

Having read almost 200 books this year, choosing 10 (really 12) of my favorites almost killed me. So, in the effort of easing my conscience I’m giving you some of my runners-up (in no particular order)!

This was hands down the hardest year yet to pick my favorite books. When you read almost 200 books in a year I guess that should be expected, no?

Ok, the burden is being passed to you. What did you love reading this year?!? Please let us know below. And finally, enjoy the rest of your New Year’s Day, hopefully with a great book. See you in 2014!

This past summer, as I was stalking the Nook sales site, I found several books by Lydia Dare that intrigued me. While I don’t read as many paranormal books as I used to (I’m not sure why), I still like throwing one or two into my reading pile every few months to help me mix things up. The “one or two books” I threw into the mix this year turned into seven, with another two being thrown into my to-read pile. The seven books I read turned out to be two series by Lydia Dare (actually two authors – Tammy Falkner and Ava Stone) that intersect each other. The first four books are part of The Westfield Wolves series, the next three are the Regency Vampyre Trilogy, followed by two more Westfield Wolves books (another wolf book is slated for 2014 release and will be the tenth in this dual series.)

So why am I telling you to read these books? It’s because of the kick-ass, take no prisoner heroines. You see, all the male characters are strong, powerful, domineering men. They’re werewolves and vampires, so their domineering natures are to be expected. However the women that enter their lives are no simpering misses. These women stand up to their domineering partners, challenging them and effectively wrapping these men around their little fingers. There is nothing they won’t do for their women, especially fall in love, which is something they’ve all sworn never to do due to their wild natures. Yet these fearless women show them how much better life is with someone by their side; they are an equal partner with whom they can share the ups and downs, the good and the bad. 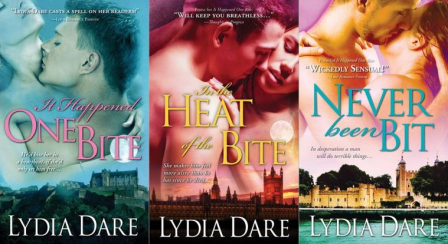 The books that really stand out in this series are Tall, Dark, and Wolfish and It Happened One Bite. Tall, Dark, and Wolfish follows Benjamin, a werewolf who has suddenly stopped changing during the full moon, and Elspeth, a healer who is part of a coven of witches in Scotland. Ben travels to Scotland in search of a famed healer (Elspeth’s late mother) to help him with his “ailment”.  As Elspeth is the only remaining healer, he finds himself in her company often as she tries to figure out how to get him to turn back into a wolf.  The two have such sharp and witty dialogue that I couldn’t help but fall in love with their story and subsequent relationship. 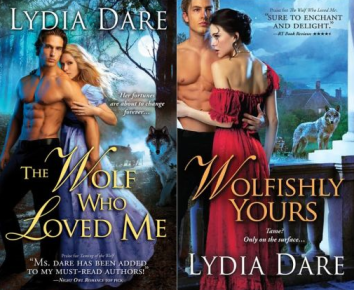 In It Happened One Bite, Elspeth’s coven sister Blaire travels to a castle in Scotland that she never knew belonged to her family.  While exploring the castle she finds a man, James Kettering, locked in her cellar.  It turns out that her mother and the four other witches of their coven locked him in the cellar 20 years earlier for reasons unknown to James, Blaire, or the current coven. What I liked about this one was the change in Blaire’s character over the course of the novel.  She’s the battle witch of the coven – she can shoot fireballs, is excellent with a bow and arrow, etc. Her personality is already a bit more hardened and tomboyish to begin with, but to watch her fall in love was great. And James – he’s never threatened by her tough exterior. In fact, he loves her sarcasm and dry wit. He knows deep down inside she’s capable of great warmth, kindness, and loyalty. Their story definitely hooked me and made me extremely excited to continue the series.

I hope that I’ve given you enough reasons to read these series, as they aren’t ones to miss. And for those of you nervous to read something that is a collaboration of two authors, let me assure you that their writing is so flawless and seamless that you truly cannot tell that it was written by more than one author.

In (story) chronological order (with my ratings) the series is: