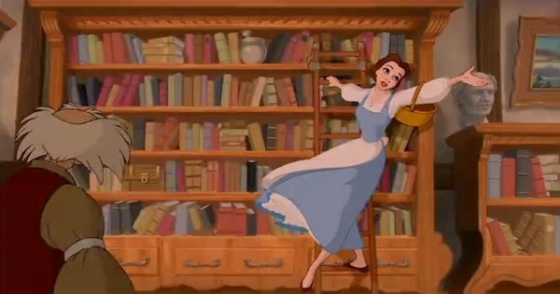 First, I have to apologize for the lack of giveaways on days 11 and 12. I had some computer issues that didn’t get fixed until the last eligible days for entering the contest. It didn’t make sense to put up the giveaway post and have them open for less than 24 hours. I promise I’ll make it up to you all with a Valentine’s Day giveaway!

Without further ado, here are the winners!

Please contact me with your mailing address by Friday, January 9, 2014 to claim your prize.  Shipment is to the US only.

Thank you to all who participated and left comments.  The staff and I wish you a very happy and healthy new year!!

Today’s giveaway is for 2 historical fiction books! Surprise! The first book, Wideacre, is by my favorite historical fiction author, Philippa Gregory. The second is titled Daughter of the Sky by another of my top historical fiction authors, Michelle Diener. Wideacre takes place during the Georgian Period in England (1714-1830/1837) and is a fascinating tale about a woman who is willing to do any and everything to protect her family’s name and land. Daughter of the Sky is about a girl who, after a shipwreck, is raised by the Zulus, a South African ethnic group. When the British Victorian Empire tries to take fight the Zulus for their land she must choose between her past or her future. Instructions on how to win these books is at the bottom of the post. Good luck! 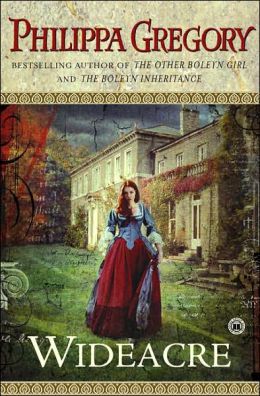 From #1 New York Times bestselling author Philippa Gregory comes the stunning first novel of a thrilling trilogy about the Lacey family, and the captivating woman at the heart of a power-hungry estate willing to go to any means to protect her family name.

Beatrice Lacey, as strong-minded as she is beautiful, refuses to conform to the social customs of her time. Destined to lose her heritage and beloved Wideacre estate once she is wed, Beatrice will use any means necessary to protect her ancestral name. Seduction, betrayal, even murder; Beatrice’s passion is without apology or conscience. “She is a Lacey of Wideacre,” her father warns, “and whatever she does, however she behaves, will always be fitting.” Yet even as Beatrice’s scheming seems about to yield her dream, she is haunted by the one living person who knows the extent of her plans…and her capacity for evil.

Sumptuously set in Georgian England from the “queen of royal fiction”(USA TODAY), Wideacre is intensely gripping, rich in texture, and full of color and authenticity. It is a saga as irresistible in its singular magic as its heroine. 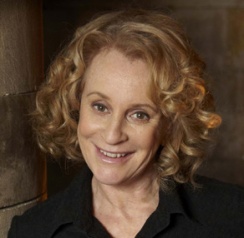 Philippa Gregory was an established historian and writer when she discovered her interest in the Tudor period and wrote the novel The Other Boleyn Girl, which was made into a TV drama and a major film. Published in 2009, the bestselling The White Queen, the story of Elizabeth Woodville, ushered in a new series involving The Cousins’ War (now known as The War of the Roses) and a new era for the acclaimed author.

Gregory lives with her family on a small farm in Yorkshire, where she keeps horses, hens and ducks. Visitors to her site, www.PhilippaGregory.com become addicted to the updates of historical research, as well as the progress of her ducklings.

Her other great interest is the charity she founded nearly twenty years ago; Gardens for The Gambia. She has raised funds and paid for 140 wells in the primary schools of the dry, poverty-stricken African country. Thousands of school children have learned market gardening, and drunk the fresh water in the school gardens around the wells.

A former student of Sussex University, and a PhD and Alumna of the Year 2009 of Edinburgh University, her love for history and her commitment to historical accuracy are the hallmarks of her writing. She also reviews for US and UK newspapers, and is a regular broadcaster on television, radio, and webcasts from her website.

About Daughter of the Sky:

The Victorian Empire has declared war on the Zulus if they don’t accede to their outrageous demands. The clock is ticking down to the appointed hour. With no idea why the British are marching three massive columns of men and guns towards them, one Zulu general is prepared to take an impossible risk. But the life he’s gambling with isn’t his own . . .

The sole survivor of a shipwreck off the Zululand coast, 15 year-old Elizabeth Jones is taken in by the Zulus, the people of the sky. Six years later, her white skin becomes useful to the Zulu army as they try to work out why the Victorian Empire has pointed their war-machine at the Zulu nation. Elizabeth is suddenly Zululand’s most important spy.

While infiltrating the British camp, Elizabeth’s disguise as a young soldier is uncovered almost immediately by Captain Jack Burdell. However, he believes the tale she spins of searching for a missing brother and shields her from discovery, allowing her to bunk in his tent and giving her a job as his batman. Burdell is war-weary and disillusioned – no longer willing to follow regulations at all costs.

But as Elizabeth and Jack explore their growing attraction to each other, the two armies move towards their inevitable clash. Elizabeth is torn between the guilt of betrayal and her fierce loyalty to her Zulu family, and when Zulu and British meet on the battlefield, both she and Jack find their hearts and their lives caught in the crossfire.

Michelle Diener writes historical fiction and fantasy. Having worked in publishing and IT, she’s now very happy crafting new worlds and interesting characters and wondering which part of the world she can travel to next.

Michelle was born in London, grew up in South Africa and currently lives in Australia with her husband and two children.

When she’s not writing, or driving her kids from activity to activity, you can find her blogging at Magical Musings, or online at Twitter, at Google+ and Facebook.

One lucky winner will have the opportunity to win 2 books; a paperback copy of Wideacre by Philippa Gregory and Daughter of the Sky by Michelle Diener!  For your chance to win simply leave a comment below.  Comments will be accepted through midnight on Wednesday, December 31, 2014.  Winner will be picked at random and announced on Thursday, January 1, 2015.  Open to US residents only.  Good luck!

First, I need to apologize for the severe lack of blogging that occurred in August.  There have been some big changes happening here in the Ryder household.  Some of you may have already heard the news, but in case you haven’t……I’m moving! Well, staffer Todd and I are moving!  Todd got a great job offer in our home state of New Jersey, so it’s off we go.  As packing for the move has begun Todd and I have started sorting through all our belongings and deciding on what won’t be making it to NJ with us.  While packing our many books away (I think the final tally was 25 boxes) we came across a number of them that we’d like to give away.  (Giveaway instructions below the list)

Twelve lucky winners will have the opportunity to win their choice of one of the above twelve books!  For your chance to win simply leave a comment below.  Comments will be accepted through midnight of Monday, September 9, 2013.  Winners will be picked at random and announced on Tuesday, September 10, 2013.  Open to US residents only.  Good luck!